We have the pleasure of uploading our new listing: numéro 118! 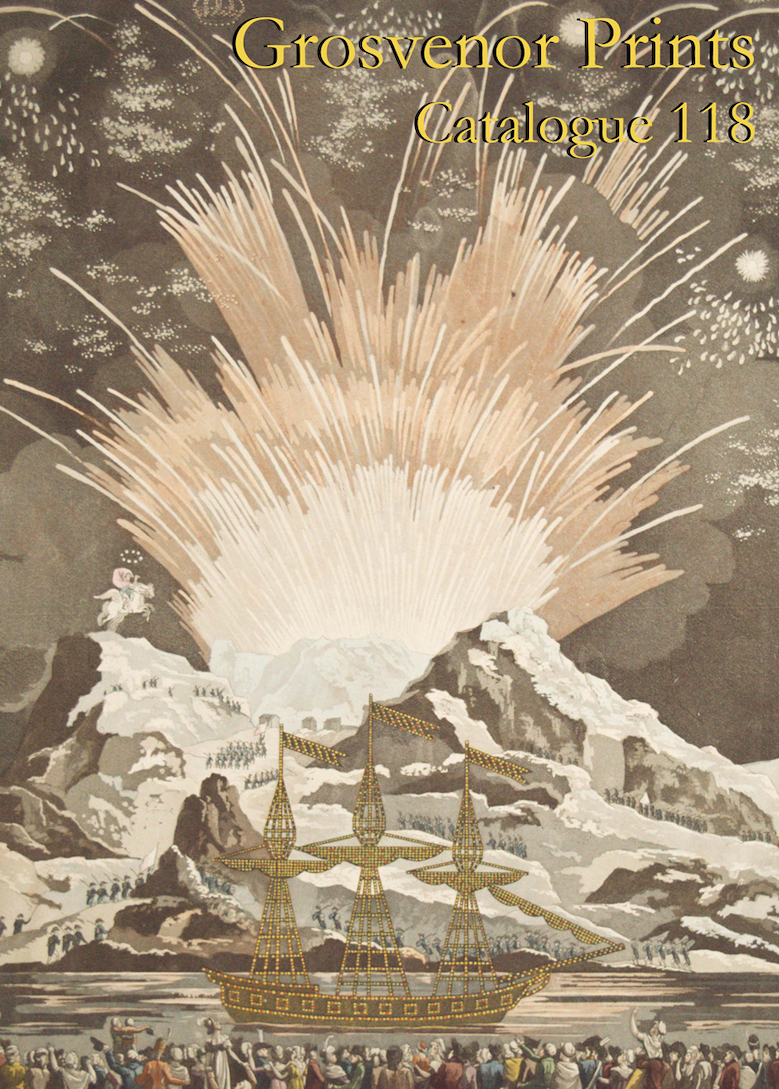 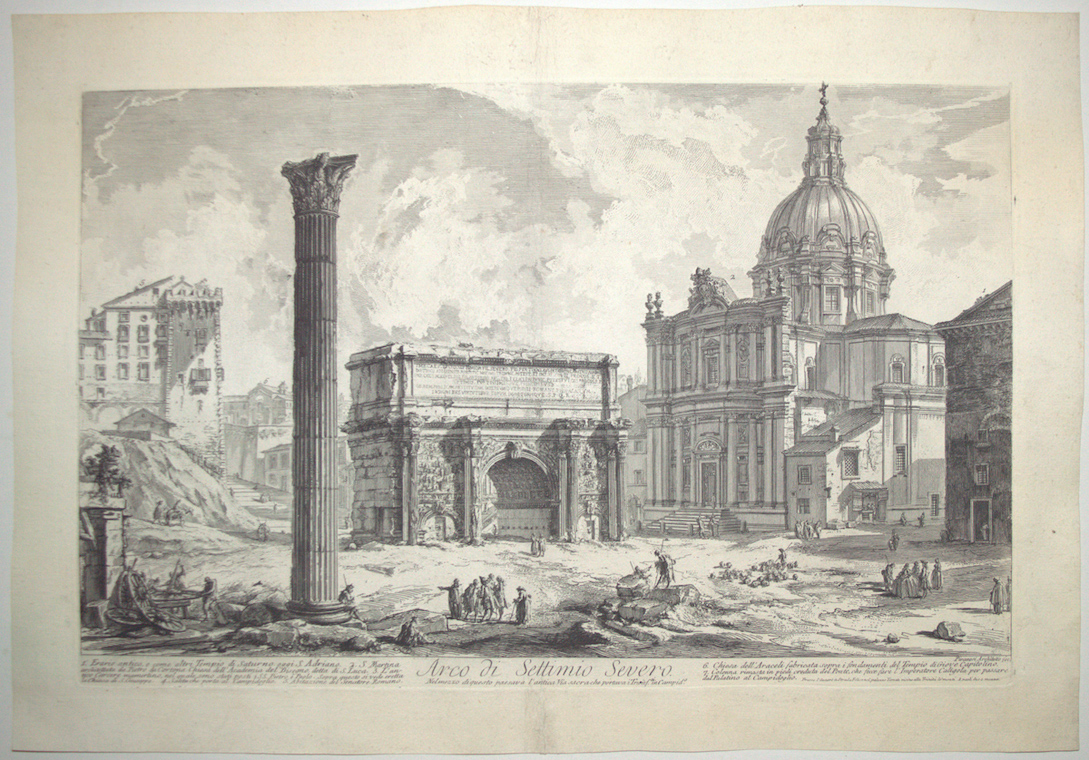 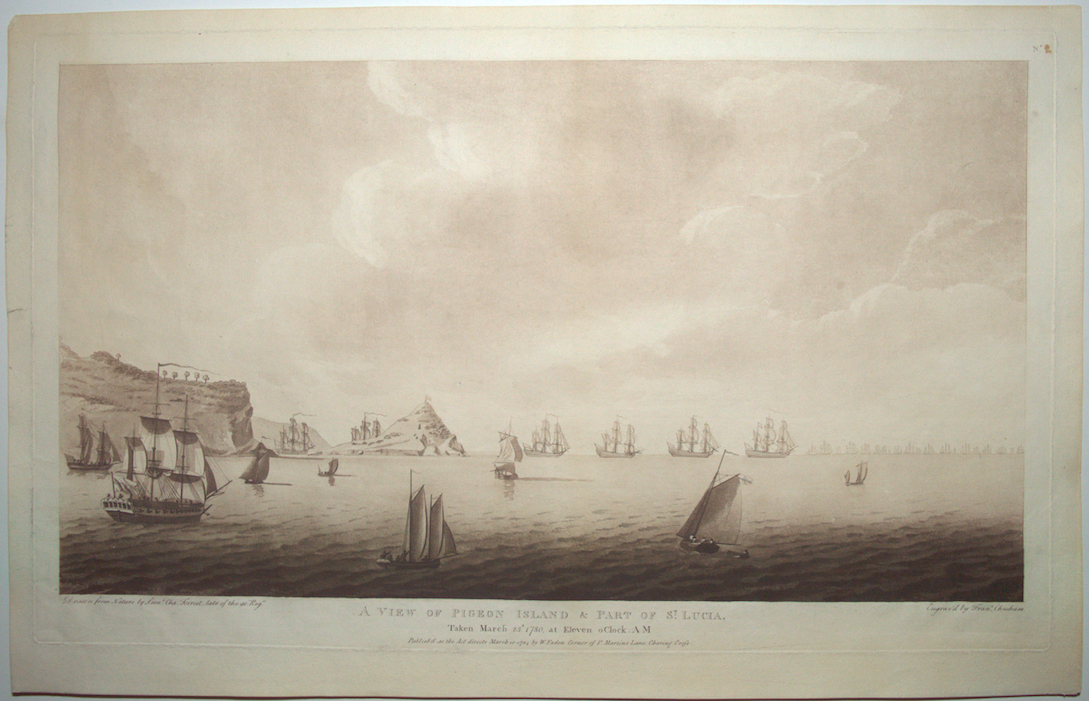 A View of Pigeon Island & part of St. Lucia, Taken March 25th 1780, at Eleven oClock AM. Drawn from Nature by Lieut. Chas. Forrest late of the 90 Reg.t. Engraved by Fran.s Chesham.Published as the Act directs March 10 1784, by W. Faden Corner of St Martin’s Lane, Charing Cross.Scarce aquatint with etching printed in sepia, fine 18th century watermark. 300 x 510mm (11¾ x 20″), large margins. A view of British warships at St. Lucia, with a flag on Signal Hill on Pigeon Island (now joined to mainland by a causeway). Admiral Rodney made Pigeon Island his base, building Fort Rodney, because he could see the French navy on Martinique from Signal Hill. A month after Forrest drew this view Rodney fought the Battle of Martinique (17the April 1780). From the rare series ‘Twelve Views of the Island of Saint Lucia’ by Lieutenant-Colonel Charles Ramus Forrest (1750 – 1827). He was a British military officer who served in India, the West Indies, and on the staff of the Earl of Dalhousie, Governor in Chief of Canada, from 1821 to 1823. Although an accomplished amateur artist, Forrest’s professional performance did not live up to Dalhousie’s expectations and he was dismissed. He returned to England in 1823. His best known work is probably ‘A Picturesque Tour along the Rivers Ganges and Jumna’, 1824. Parker: Not in. [Ref: 58264] £650.00