Even though he was born in the province of Ferrara, becoming then dependent on Venice in the artistic field, and although marked in his youth by the glories of Ferrara, Dosso Dossi especially, Le Guerchin is very early attracted by the nearby Bologna, where the Carraches had already asserted themselves as reformers of painting. But he did not leave his native town, where, except for brief absences, he had been living until 1642, faithful to a simple ideal of life, dedicated to art. Master around 1618 of his own expressive means, he realized within a few years a series of masterpieces dominated by Saint William of Aquitaine (1620, Bologna, Pinacoteca Nazionale), Saint Francis in ecstasy and Saint Benedict (Paris, Louvre Museum), the burial of Saint Petronius (1622-23, Rome, Galleria Capitolina) and the frescoes of the Night and the Dawn (1621, Rome, Casino Ludovisi).
On the other hand, while continuing to differentiate himself by material, with him soft and undulating, le Guerchin was certainly influenced by Caravaggio, as evidenced by some typically caravagant layouts used in half-hearted scenes : such as the Prodigal Son (Vienna, Kunsthistorisches Museum) or the Arrest of Christ (Cambridge, Fitzwilliam Museum). But his stay in Rome (1621-1623) through the select inner circle of Pope Gregory XV Ludovisi, native of Bologna, prompted the painter to meditate on the meaning and value of classicism. Returning to Cento, he endeavored to temper more and more his pictorial impetuosity by a strict observance of the rules of drawing and by the study of composition according to classical aesthetics.
On August 18, 1638, Cangeliero Lombardi paid to Le Guerchin, on behalf of Cardinal Rocci, the sum of 40 reals (44 scudi) for a painted bust figure of Lucrezia. Later that same year, on December 6, the Signore Banduccio (or Benaducci) pays a deposit of 35 ducats (45 scudi and 3 lire) to the artist for a second order on the same theme. Only one of these two works is by now kept in a particular collection (managed by the Sir Denis Mahon Charitable Trust, fig. 1)1. In the history of ancient Rome, the fable of Lucrezia is part of the legendary accounts surrounding the passage of the royalty to the Republic.
Lucrezia was the wife, renowned for her beauty and virtue, of Lucius tarquinius Collatinus. Raped by one of the sons of King Tarquin the Superb, Lucrezia exposes to her husband and his friends the forfeiture of the prince and, after having claimed revenge, gives herself to death with a knife that she has hidden. It was as a result of this episode that King Tarquin was expelled and the Roman Republic established in 509 BC. With her uncompromising, intransigent gesture, Lucrezia has thus become a powerful symbol of female virtue against male oppression.

With its impetuous layout and subtle statement of light contrasts rendered by more or less dense hatchings, our drawing, unpublished, is typical of graphic artworks made by the artist in the second half of the 1630s. It constitutes the very first study for this painting kept in particular collection. The first ideas of composition of Le Guerchin are always traced by the artist with pen and brown ink, as here, before he further studies the work evolution in a red chalk drawing. In the case of Lucrezia, the sanguine drawing is kept at the Princeton University Art Museum (fig. 2). Two red chalk counterproofs from other lost studies are also kept at the Royal Library in Windsor Castle and show the progress of artist research 2. Both in the drawing and in the painting, the angle of inclination of Lucrezia’s head and the modeling of her features are rendered in a very similar way but what differentiates the two works, are the depicted gestures of the heroine and especially her expression. In the painting, Lucrezia looks upwards and her gaze expresses resignation and sacrifice. In our drawing, she looks with exaltation to the left side : her feelings of anger, pain and fear are concentrated in a fixed and heavy look of reproach directed towards a point located off the paper. Our work bears three old collection stamps that are sometimes found associated in the same drawing, as for example in a artwork at the Louvre Museum by Jacopo Clementi known as l’Empoli, The Virgin handing the rosary to Saint Dominic (cat. 1044). The only one identified with precision is that of Nathaniel Hone (1718-1784), English collector (Lugt 2793). The star stamp is part of a group of marks with similar designs that are traditionally associated with Nicholas Lanier (1588-1666), another English amateur, sent to Italy at the beginning of the 17th century to buy paintings and drawings for King Charles I of England (see Lugt 2285, 2286, 4698 or 4699). The third mark, with the arched cross, is not identified for the moment; it looks a lot alike, but without any outer circle, with the mark Lugt 2904. However, if the Lanier hypothesis were confirmed, our design would have appeared in English collections very early, probably by the end of the first half of the 17th century, that is, very shortly after its execution.
We thank Mr Nicholas Turner,  artist expert, who kindly confirmed us the attribution of this drawing and provided us with valuable information for the writing of this notice. We would also like to thank Mr. Peter Fuhring of the Custodia Foundation for his assistance in identifying collection marks. 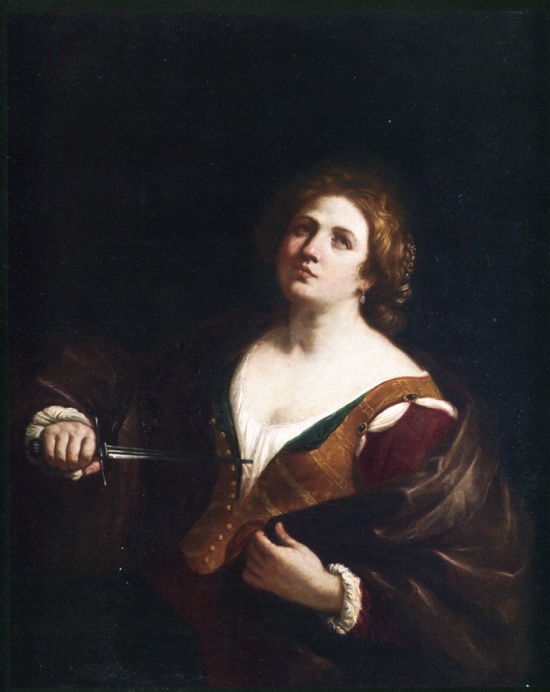 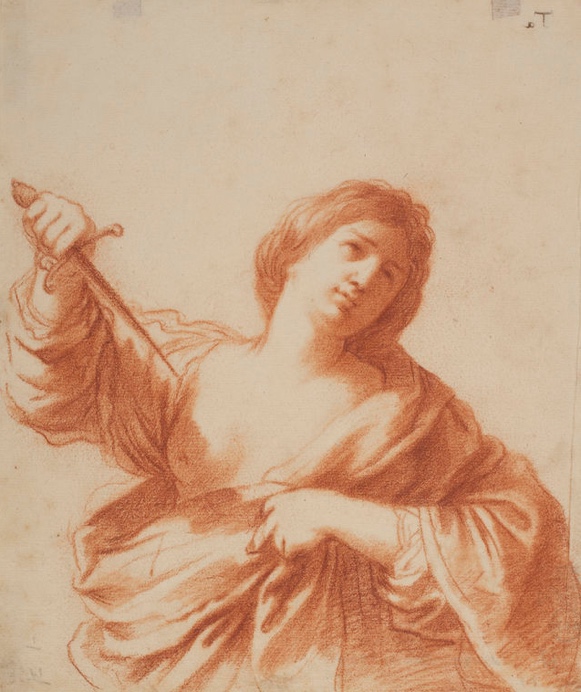