Publication of the gallery in December 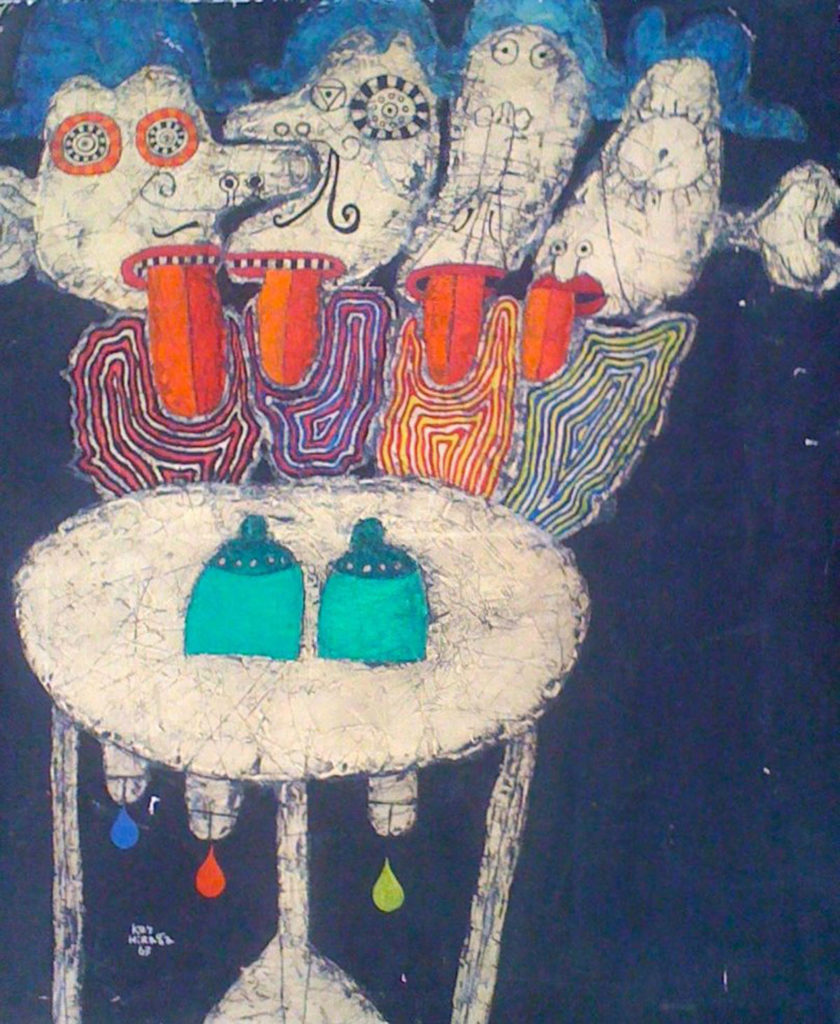 In 1965, and  already a recognized artist in Paris , he entered  the  “japanese Ecole de Paris ”   post-war period .
The painting above  refers to the best period of his work during which time, the art critic, Gérald Gassiot-Talabot (1929-2002), wrote in 1967 about Hiraga and selected him to become a member of the ORA Group. By  1966 he  was henceforth exhibited in “The Narrative Figuration”, then in 1967 in the “ORA Group” at the Jacqueline Ranson Gallery in Paris.
This painting is displayed at the Galerie Lambert in Paris, at  the Jacqueline Ranson Gallery in Paris, and in 1970 at the famous exhibition “Erotissimorama” at the Galery Jacques Casanova in Paris.
In the 1970’s, Hiraga exhibited in Holland at Rotterdam, in 1971 in Amsterdam and Haarlem and entered the Collection of the Frans Hals Museum in Haarlem.