We have the pleasure of uploading our new Summer Satire listing: Catalogue 117!

[Robert Walpole] Idol- Worship or The Way to Preferment. And Henry the King made unto himself a great Idol, the likeness of which was not in Heaven above, nor in the Earth beneath; and he reared up his Head unto y.e Clouds, & extended his Arm over all y.e Land; His Legs also were as y.e Posts of a Gate, or as an Arch stretched forth over y.e Doors of all y.e Publick Offices in y.e Land, & whosoever went out, or whosoever came in, passed beneath, & with Idolatrous Reverence lift up their Eyes, & kissed y.e Cheeks of y.e Postern. Chronicle of the Kings, page 51.Pub. 1740.Scarce etching, sheet 400 x 285mm (15¾ x 11¼”) Unexamined outside of frame. Trimmed within plate. Some staining and creasing. An anonymous satire on Robert Walpole (1676 – 1745). It depicts him as a colossal figure at the entrance to St James’s Palace bending forward with his naked backside exposed for an ambitious young man to kiss. Another man holds a petition and bowls a hoop lettered, “Wealth”, “Pride”, “Vanity”, “Folly”, “Luxury”, “Want”, “Dependance”, “Servility”, “Venality”, “Corruption” and “Prostitution”, through Walpole’s legs towards an arcade whose arches are labelled, “Saint [James’s P]alace”, “The Treasury”, “The Exchequer” and “The Admiralty”. BM Satires 2447. [Ref: 58328] £2,000.00 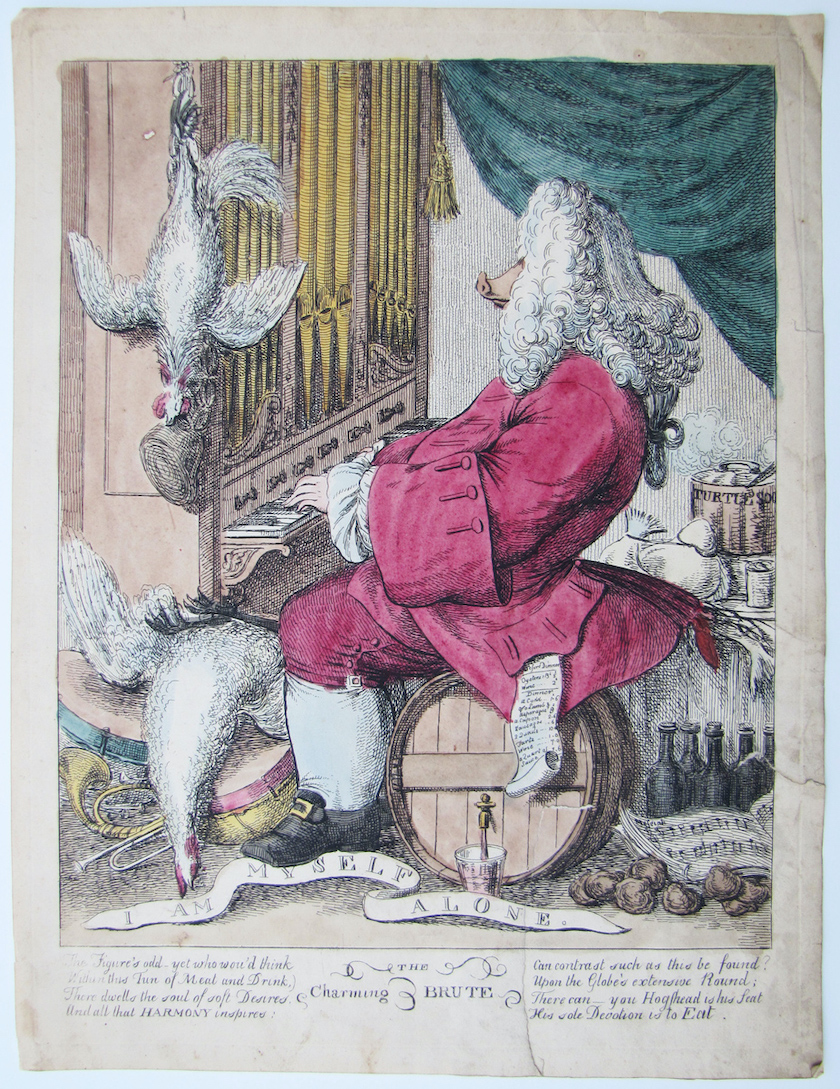 [George Frederick Handel] The Charming Brute. The figures odd – yest who wou’d think Within this Tun of Meat and Drink, There dwells the soul of Soft Desires, And all that Harmony inspires; Can contrast such as this be found? Upon the Globe’s extensive Round; There can – you Hogshead is his Seat His sole Devotion is to Eat.[Joseph Goupy][n.d. c.1754]Fine hand coloured etching, plate 320 x 245mm (11¾ x 9¾”). Narrow margins, long repaired tear bottom right corner, other small tears. Some creasing within the plate mark. Surface dirt. A verson of Joseph Goupy’s caricature of George Frederick Händel (1685-1759). It depicts him as a gluttonous pig sitting on a barrel of wine at the organ surrounded by instruments, dead chickens, plus food and drink such as ‘Turtle soup’. A shopping list unfurls from his pocket encompassing entirely of expensive delicacies. Handel and Goupy were good friends until they had a falling out in 1743 which caused Goupy to produce this satire. See BM Satires: 3273 for other version. [Ref: 58329] £2,000.00 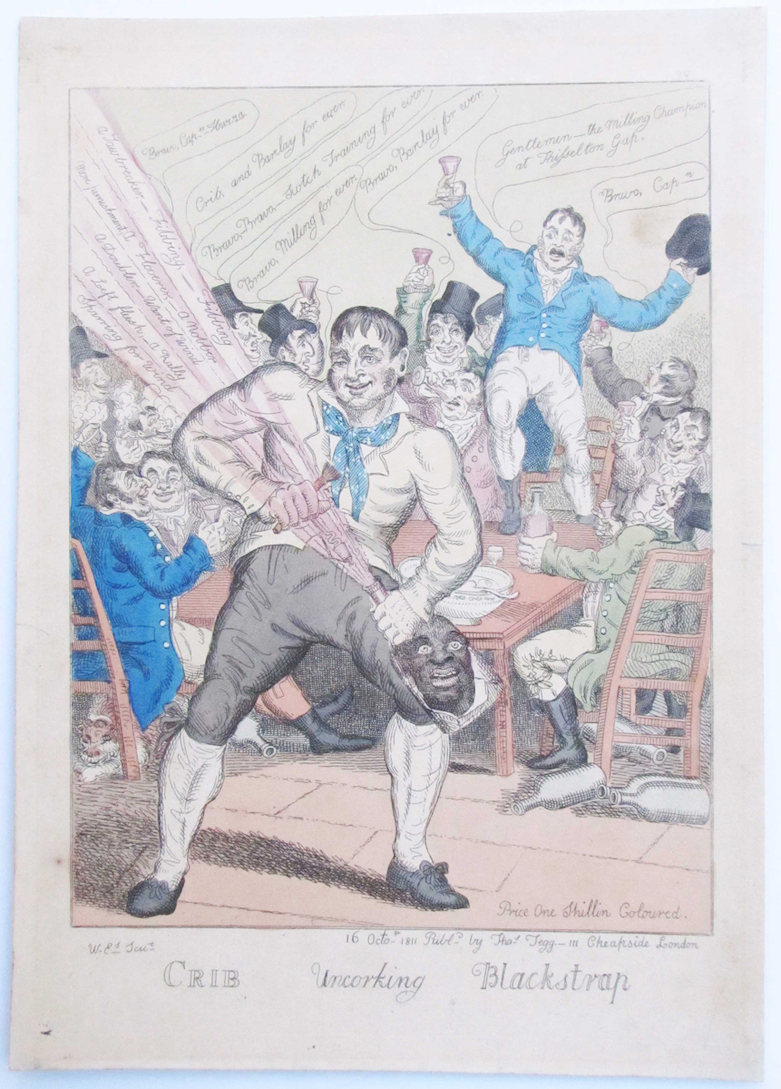