Grosvenor prints has the pleasure in sending out our new catalogue, a festive miscellany of over 300 items. Highlights include:Cover image: 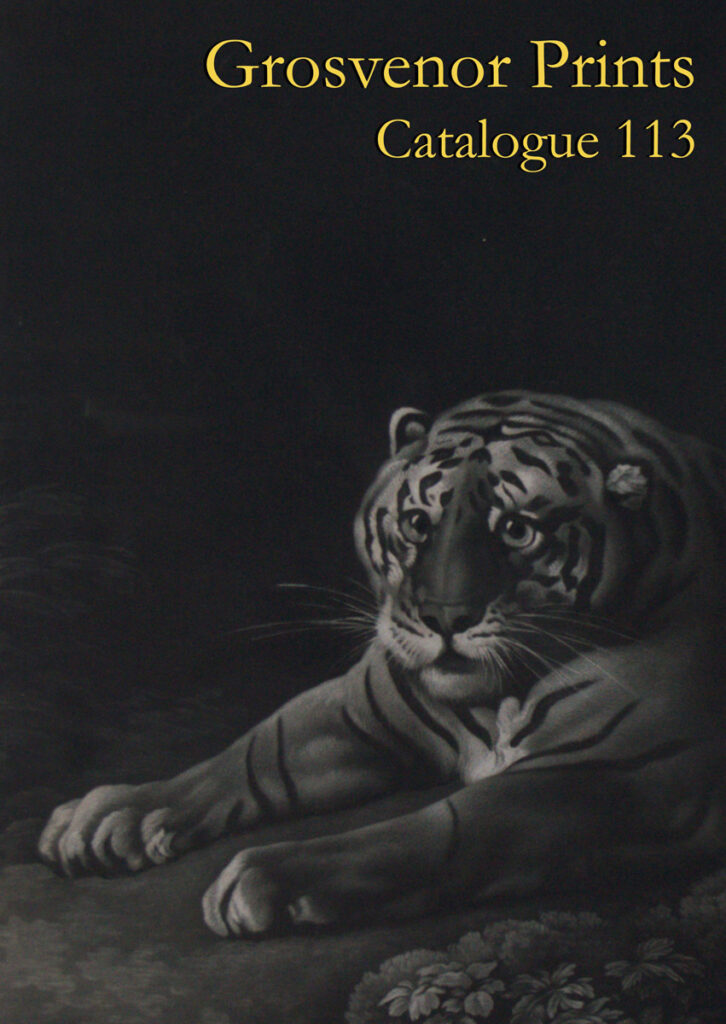 A Tigress.Engraved by John Murphy by Permission of Mr. George Stubbs from the Picture Painted by himself and in his Possession.London, Published July 27, 1798 by J. Murphy, North side Paddington Green.Rare and extremely fine mezzotint. Sheet 490 x 620mm (19¼ x 24¼”). Framed. Thread margins. Unexamined out of frame.A superb example of the finest images produced in the history of mezzotint, depicting a a recumbent tigress, probably the Royal Tiger inStubbs’s possession when he died. The painting had originally been engraved by John Dixon in 1772; however that mezzotint plate had been destroyed, so John Murphy was allowed to engrave a new plate. Lennox-Boyd 133: ii of ii.
[Ref: 57221] £12,500.00 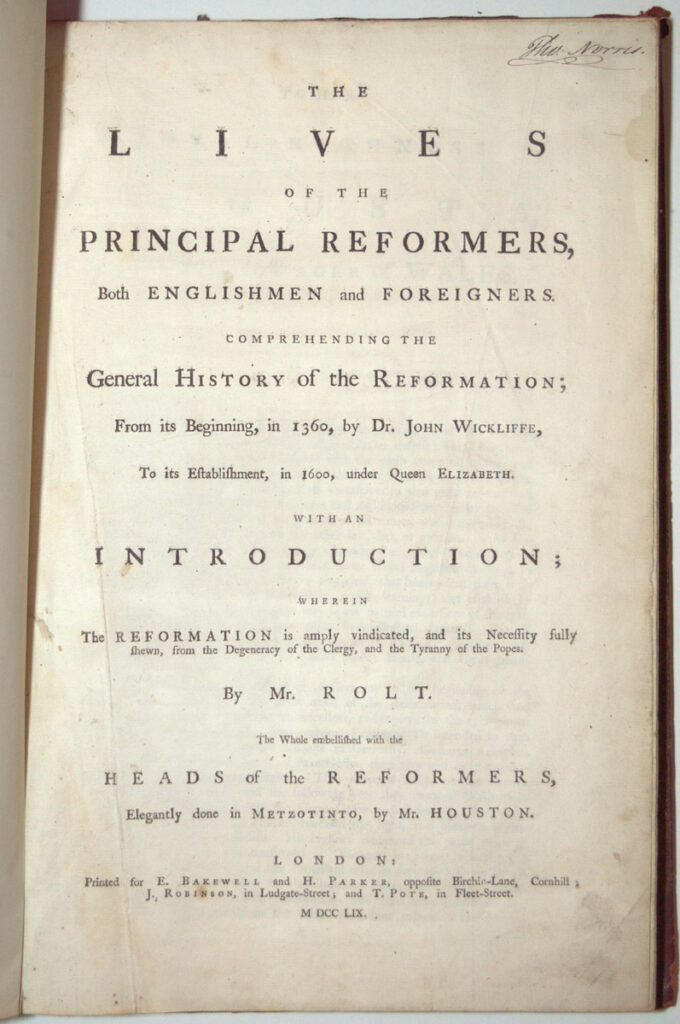 The Lives of the Reformers, Both Englishmen and Foreigners. comprehending the General History of the reformation; From its Beginning, in 1360, by Dr. John Wickliffe, To its Establishment, in 1600, under Queen Elizabeth. With anIntroduction; wherein The Reformation is amply vindicated, and its Necessity filly shewn, from the Degeneracy of the Clergy, and the Tyranny of the Popes. By Mr. Rolt. The Whole embellished with the Heads of the Reformers, Elegantly done in Mezzotinto, by Mr Houston. [In ink on Fontis “Thos. Norris”].
London: Printed for E. Bakewell and H. Parker, opposite Birchin-Lane, Cornhill; J. Robinson, in Ludgate-Street; and T. Pote in Fleet-Street. MDCLIX [1759].Folio, large paper copy, later full calf and marbled endpapers; pp (xiv)+202; 21 fine mezzotint portraits, as called for. Front board detached, inner hinge of back board taped.

Richard Rolt (1724-70) also wrote poems and librettos: his ‘Almena, an English Opera’, with music by Thomas Arne, successfully produced at Drury Lane Theatre in 1764. The plates were actually engraved by John Faber senior c.1715; they were eventually acquired by the Bakewells, who had them retouched by Richard Houston, who substituted his own name.CS: Faber snr 58.
[Ref: 57456] £1,850.00