“Artist with an unbridled imagination”

Gustave Doré (1832- 1883) is best known for his prolific output of 10000  illustrating drawings.
The prints were created directly on wood and are thought to have been interpreted by virtuoso engravers using chisels and gouges. Two names appear on prints, signed at the same height, on one side that of Gustave Doré on the other that of his engraving interpreter, Pisan, Pannemaker…. Original figure of Dark Romanticism, Gustave Doré combines the expression of passions and spectacular visions to compose powerful images.
His illustrations accompany the Great Texts of world literature (Works by Rabelais, Dante’s Inferno, Don Quixote by Cervantes ..) bringing these stories to new life.” .” Virginie Caudron

“Using my scissors in Doré’s work, I have a few confessions to make. My passion for images was born very early, in the bookshop of my hometown and led me here and was closely followed by the passion for collage. Despite the temptations, I have refrained from cutting up an old book, for a long time. the only excuse when faced with the condition of some books: breathe new life into them!” 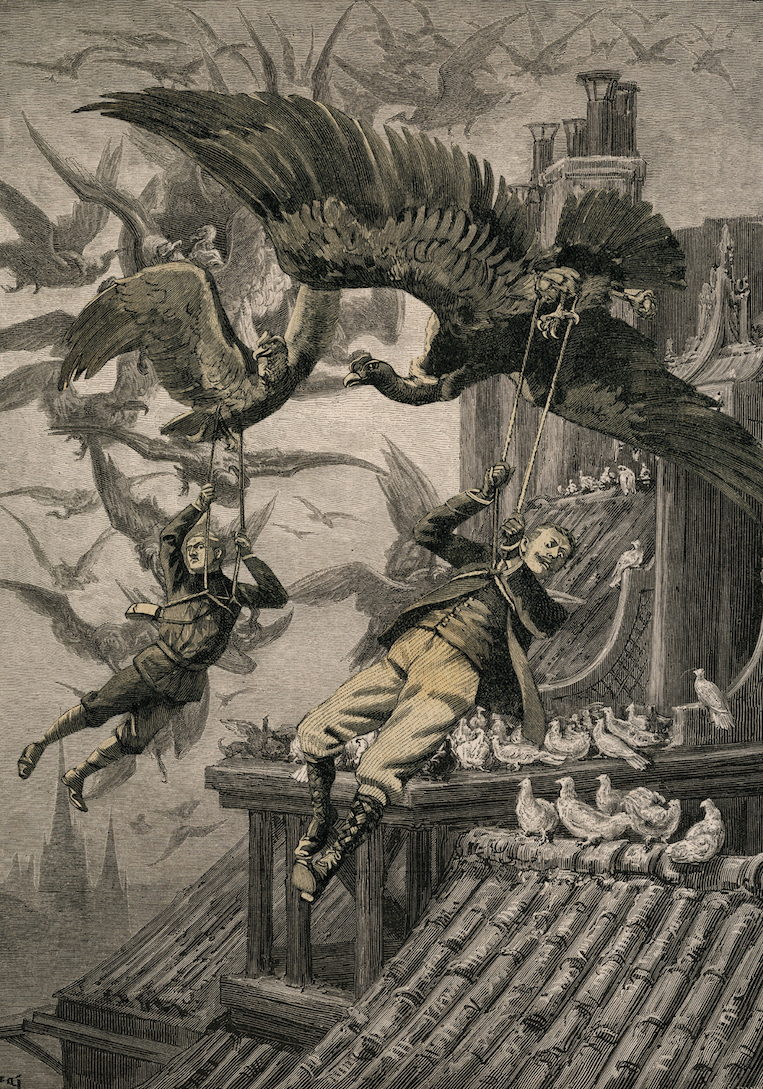 (Extract from the press kit)