Two artists of the same generation who lived side by side, both major players in the avant-garde movements of the early 20th century.
We have received 4 etchings by Sonia Delaunay which bring together all art qualities of this pioneer of Abstract Art which she practised at an early age with her husband, Robert Delaunay, as early as 1910. She began engraving in 1907, shortly after her arrival in Paris, having been born in Ukraine, she later studied in Germany.

As can be seen from these plates, she was an outstanding colourist. Sonia Delaunay was honoured with a splendid retrospective at the Paris Museum of Modern Art in 2015, and liked to combine colors with strong contrasts, in order to increase maximal intensity. She had a obsession with circles and concentric shapes that give movement to her compositions.

Another important component is the texture of colors. Sonia Delaunay creates bridges between the different techniques in which she excels: for example, she is inspired by the wefts of her fabrics for lithographs. She advocated for art to be more present in everyday life: it remains one of the lithograph “raison d’être”.

Fernand Léger shares this fascination with the power of color with Sonia Delaunay. Fernand Mourlot, the printer with whom he was accustomed tells of the artist’s requirement concerning his color rendering. Léger did not practice an exclusive abstraction. He was often inspired by reality: faces, objects, trees, scaffolding take place within large colored areas.
Léger’s lithographs we display, are perfect illustrations of one of the vital aspects of his art : contrast. Contrast between colors, contrast between shapes and even contrast between line and colors with the Composition in two birds. 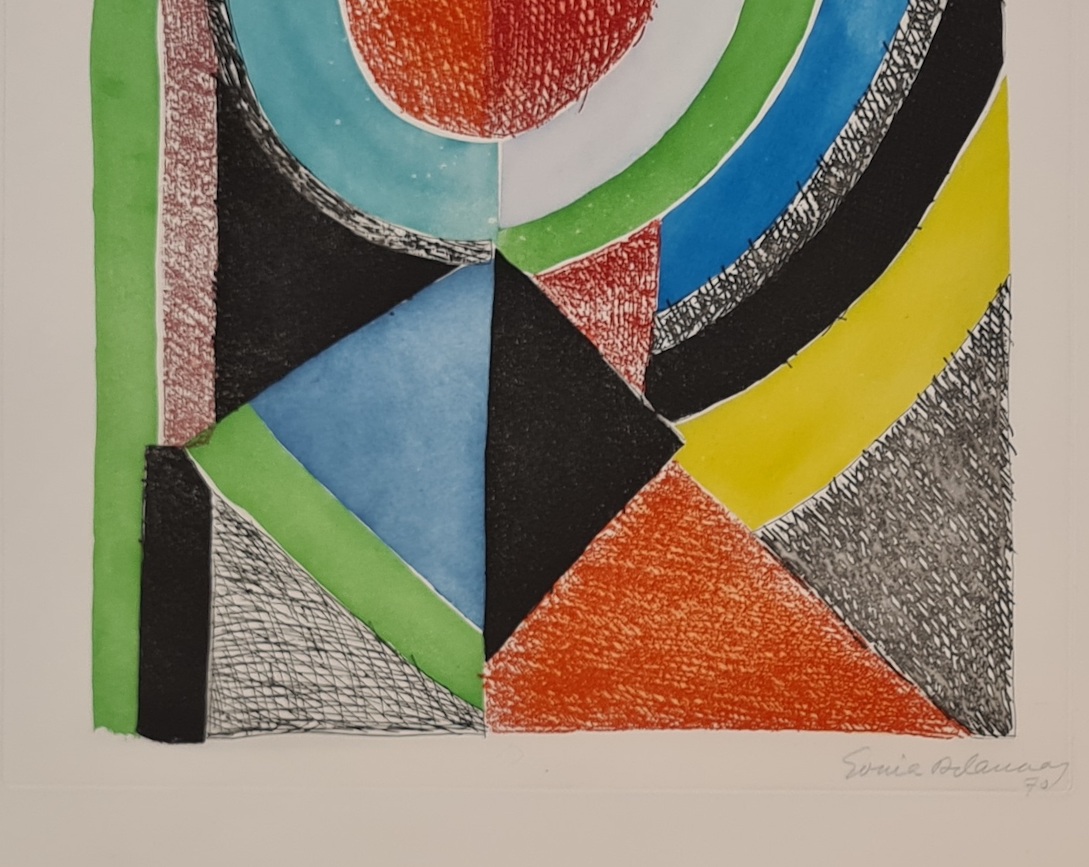